Blog Articles
You are here: Home1 / Blog Articles2 / Articles3 / Social interaction may be as vital as physical activity for seniors 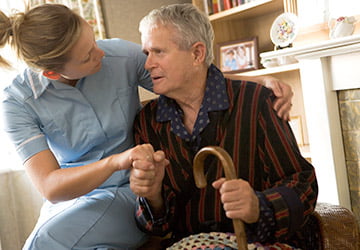 The relationship between physical activity and vitality is well-documented, but multiple recent studies have also revealed an increasingly stronger link between social interaction and mental and physical well-being for seniors.

While socialization is critical for all people, regardless of age, seniors can be more susceptible to isolation. Many seniors have spent a considerable portion of their lives in the company of others – be it in the workplace or raising children. Upon reaching retirement age, and with children leaving the house, the opportunities for socialization often decrease, especially if the senior must rely on others for transportation.

But research has indicated that an active social lifestyle is more important than ever in helping seniors maintain a sharp mind, remain connected to the world around them, increase feelings of happiness, and develop a sense of belonging.

Various studies have shown that socializing can produce the following positive effects:

Improved nutrition: The need for proper nutrition is vital for seniors, but healthy habits can be difficult to maintain when living alone. “Approximately 35 percent of elderly people suffer from malnutrition,” said Marie-Jeanne Kergoat, a professor at the Université de Montréal. Kergoat and others conducted a study among hospitalized seniors and discovered a correlation between food intake and social interaction: “patients ate more when social interactions were friendly and lively”.

Improved physical health: Multiple studies have also revealed that an active social life can boost the immune system, lower blood pressure, and reduce physical pain that is reinforced by depression.

Strength in numbers: When it comes to socializing, the more the merrier. According to a recent AARP article “the number of Americans without any close confidants has risen dramatically in the past 20 years” and “even though Americans are closer to their spouses than ever before, that kind of intimacy can work against us if we allow ourselves to ‘cocoon within the relationship”. Plus, seniors in large groups are more likely to encourage healthy habits among each other, including exercise.

“Caregivers, please remember that socialization is an important service that we offer. Even though making meals, vacuuming the floors, running errands and hands-on care is a HUGE help to your client, sometimes just talking to them and listening to what they have to say makes a bigger impact than you realize.” -Laura

Contact us today for a FREE In-Home Consultation or just to get your questions answered.

Caregiver Stress and Burnout: Tips for Recharging and Finding Balance
Scroll to top
A Message To Our Valued Clients On COVID-19  READ ANNOUNCEMENT